Sorry, you need to enable JavaScript to visit this website.
Cold weather snaps in Mexico An anticipation Alert 380 in action | Start Network
This website uses cookies. If you continue to use this site we will assume that you agree to this. Read more.. Accept
Back to all news and blogs

An anticipation Alert 380 in action

This year’s harsh winter cold fronts created a potential humanitarian crisis in Mexico, especially in light of the country’s weak infrastructure and high rates of poverty. Start Network member, CADENA, submitted an alert to Start Fund in early November in anticipation of this crisis. The early action work allowed the Start Fund to release timely support to the communities on the ground.

CADENA was ultimately awarded £250,000 through the Start Fund alerting process, following which they were able to respond through a variety of interventions. The organisation distributed blankets, warm jackets, hygiene supplies where potable water was no longer accessible, and food parcels. As most of the communities reached by the project do not have access to health services, CADENA also provided medical consultations for those needing medical treatment and, since the cold snaps cause respiratory diseases in vulnerable people, this helped to treat or prevent them entirely.

Awareness-raising sessions were carried out with children on how to prepare for cold snaps and mitigate harm if they were sleeping in homes using wood fires. Sessions were also held with farmers on how to maintain their livestock and production of crops during exceptionally cold weather conditions. Lastly, CADENA distributed eco-friendly sanitary pads and held sensitisations with women on menstrual health. They noted that for some women this was the first time they had learned about menstrual health from a medical or scientific perspective, which was greatly appreciated. Furthermore, participants in the menstrual health educational sessions said that school-age girls would benefit most from this distribution as they could continue going to school during their menstrual cycle.

The Start Fund aims to reach under-the-radar crises that are normally not covered by major global media outlets. It can reach people requiring humanitarian assistance in a timely manner, either in anticipation of a crisis or in response to one. The cold snaps in Mexico this winter are a perfect example of such an under-the-radar crisis but also an anticipatory crisis. The Start Fund allocated funds to support people before the weather deteriorated, allowing to act early and prepare communities to minimise their losses and mitigate the harm this crisis posed on their wellbeing. 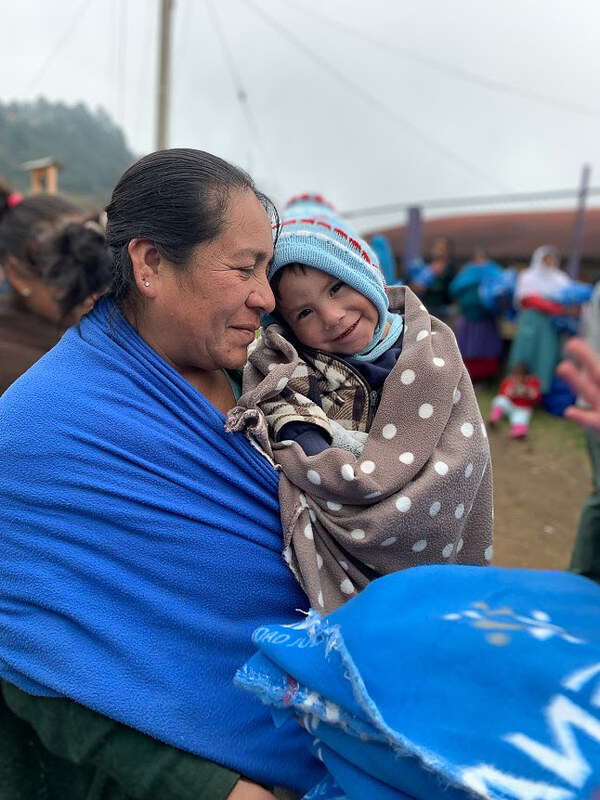 This month, we are focusing on our anticipation work, you can read about the impact we have achieved in other parts of the world, such as Mongolia, Sri Lanka and Nigeria.

The Start Fund is collectively owned and managed by Start Network’s members, and supported by the governments of the United Kingdom, Ireland, the Netherlands, Germany, Jersey and the IKEA Foundation.

Reflections on the High-level Humanitarian Event on Anticipatory Action